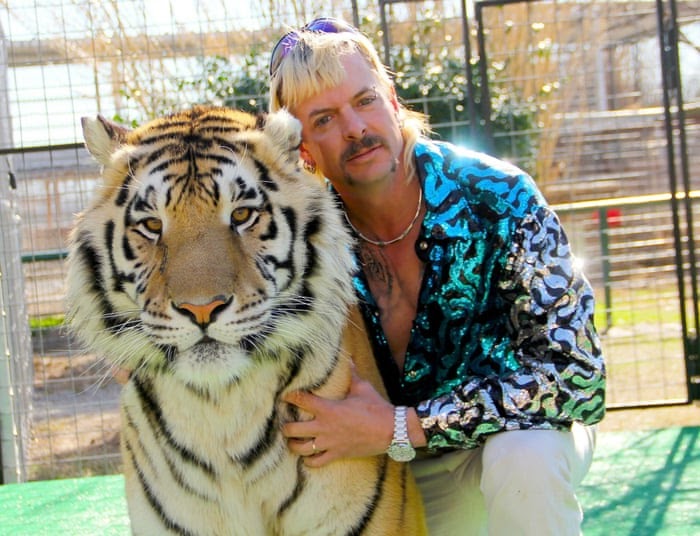 The new Netflix limited series has all of the things you want to see: dysfunctional main characters, multiple crimes and a lot of big cats. What more of a train wreck could you ask for?

Tiger King follows the life of a man named Joe Exotic, who lives in Oklahoma. Throughout the seven-episode series, viewers watch the ups and downs of Joe’s life, with his mullet and country music side business, viewers become obsessed with the show. Even showing his employees, who are either convicts or randoms, who add in their own experiences throughout the series.

In the first couple of episodes, the show talks about Joe’s business and his personal life, showing all of the good things that he does before it all goes downhill when the audience meets Carole Baskins.

Carole Baskins is the owner and head of Big Cat Rescue in our home town of Tampa, Florida! We can dive into Carole’s personal life, past and present, meeting her late husband Don Lewis, who was the benefactor of Big Cat Rescue before it became big. Sadly, Don mysteriously went missing in 2001 before he was able to see it in its glory. According to Joe Exotic and Don Lewis’ family, Carole had something to do with his disappearance. Joe even wrote a whole song about the whole spectacle of Don Lewis, called “Carole killed her husband”! As funny as it sounds, the song is truly called that, you can find it anywhere you find music. Recently, the Hillsborough County police department has decided to reopen the cold case of Don Lewis in light of the show getting so much press in the past few weeks.

The battle between Joe Exotic and Carole Baskins only gets worse after the song is released. Carole ended up suing Joe for all the money he’s worth, forcing him to sell his tiger farm to a “millionaire” named Jeff Lowe. Joe thought it would be a good investment to do business with Jeff, but was sadly mistaken when Jeff uses his power to take Joe down. Angering Joe to no extent, he configures a plan to kill Carole Baskins! Hiring a co-worker to drive down to Florida and do the deed. Luckily the hitman has a change of heart and decides to help send Joe to jail. With help from the FBI, PETA, and of course Carole Baskins, the case against Joe Exotic was in full swing. Currently, Joe Exotic is sitting in jail at Fort Worth Prison in Florida.

Overall this show is amazing! If someone wanted a good show to just sit and watch because they can’t find anything else on Netflix, I highly recommend it! With all of the comedy and the drama, you will become obsessed and want to finish it in one sitting! If anyone ever decided to make a movie about Joe Exotic, I would wholeheartedly love to see it!