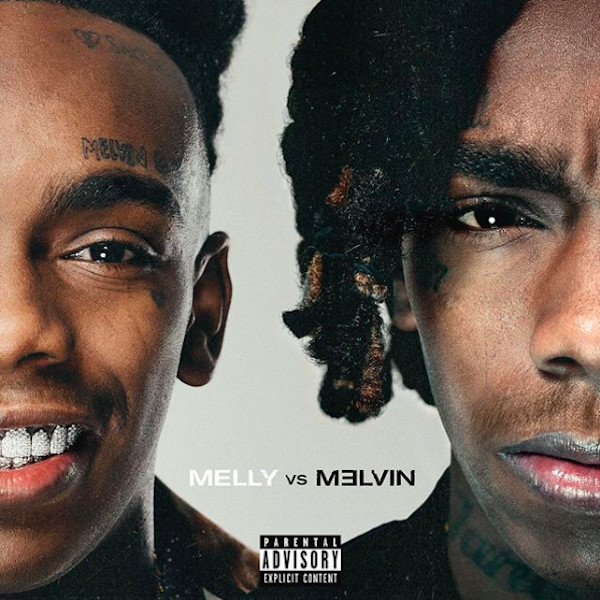 New and upcoming rapper Jamell Maurice Demons also known by his stage name YNW Melly release Melly vs. Melvin earlier this year. Melly vs. Melvin was his third studio album and was released on Nov. 22, 2019. This project was very different from the rest of YNW Melly’s albums because he released this one while being in jail. Melly was recently charged with two accounts of murder and is possibly facing the death penalty. His career was just starting to explode before he got arrested as songs like “Murder on my Mind” and “Mixed Personalities” were becoming more and more popular.

At only 20 years old, he had the chance at having an explosive career. However, Melly released this album after being in jail for 9 months and it was highly anticipated by fans. The name of this album comes from his “street personality” which he calls Melvin. In an interview with Genius, Melly says he “always had another side but never knew what to call it” and then one day he was “looking in the mirror and said Melvin! That’s who he is.” Melly was of course referencing to the name of his street personality which was the main influence for his hit song “Mixed Personalities.”

Melly vs. Melvin is a 14 song project and in my opinion was greatly over anticipated. This album was not very well put together and many of the songs sounded the same. The best song from this album was “223’s” and this song was released as a single earlier this year. Many songs have the same beat and not only did Melly sound the same, but many of it was pointless lyrics.

The first song “Two Face” is the worst on the album in my opinion and Melly tries to sing and sounds awful. Not only was the production bad, but this project didn’t seem like any time was taken to create it and Melly goes from talking about killing people in multiple songs to “waiting for Jesus” in “Waitin on You.” This project seemed very thrown together like Melly created it solely for the hype and income that he hoped to generate. Melly seems to be a “three hit wonder” with three of his songs blowing up and the rest being greatly unliked by the majority of people.

I personally think this album was very plain and not only did Melly sound the same in every song with the same beats, but he had almost no features on this album, causing even less people to listen. The album did debut on number 10 on the Billboard 200 but only sold 43,000 album sales in the first week with 42,000 of those being streamed album sales. I think this will be one of Melly’s last projects and not many people will be looking forward to a fourth Melly album.

Melly vs. Melvin was not only un-enjoyable to listen to, but was hard to rank since his songs are not my style. All the songs seemed to sound the same.

This album takes “mumble rap” to a new level as Melly can barely be understood throughout half of these songs and has pointless lyrics with no meaning behind them. I think Melly had a chance at a colossal career for a couple of years until he was arrested and released Melly vs. Melvin, which I think will be one of the alst, if not his last, album releases of his career.