‘The Matchmaker’ and Tampa Prep: A Match Made in Heaven 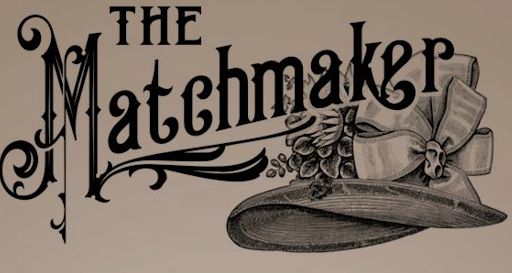 The Tampa Prep Theatre Department is gearing up for their annual fall performance. This year, they will be performing “The Matchmaker” Nov. 4-6.

“The Matchmaker” will be the first, full-scale theater production since Tampa Prep’s shutdown in 2020 due to COVID-19.

“We did a production last year that was a series of short plays, but the audience was only family and it was only a third of the house and we weren’t telling a full story,”  David Mann, head of the theater department, said. “It’s really important for the students, we noticed that there is just a lot more excitement when we can do full productions.”

Following Dolly Levi, the title “Matchmaker,” the play features her as she attempts to set up Horace Vandergelder with a wife, while secretly being in love with him herself. Tampa Prep’s production of the show will feature seniors Madigan Reens and Ryan Mace as the leads Dolly and Horace.

“[Madigan] is working so hard though and it is so evident, she puts in so much time into what she enjoys,” Mace said about Reens.

While Mace is no stranger to the stage, his role still brings a new challenge. This is the first straight play that the senior class has performed at Tampa Prep, as the theater department usually sticks to musicals.

“It’s interesting because this is the first and last play I have done at Prep,” Mace said, “I struggle with line loads more than music, but it’s an interesting break.”

The theatre department is excited to step into the world of “The Matchmaker” and showcase their talents for the community once again.

“There is always something special about the last night of the show,” Mace said, “It’s always this nice, sentimental moment.”