Wrestling, the Passing of the Batton 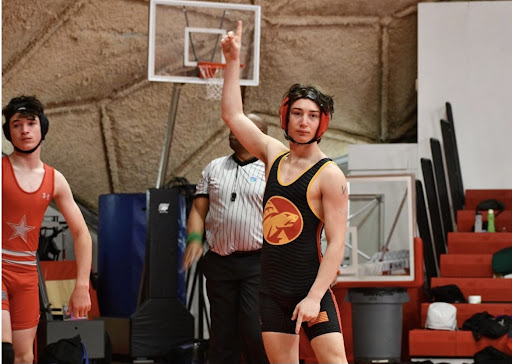 With the end of the wrestling season approaching, the team is beginning to prepare for the departure of this year’s seniors.

High school Wrestling coach James Gift is currently working to make sure that everyone is doing their best and improving to make sure the team is the strongest it can be without this year’s current seniors. The future doesn’t bring just goodbyes to the graduating senior wrestlers though, it also creates an opportunity for a new generation of wrestlers to join up and bring tampa prep to the next level.

“It’s always good to have fresh blood on the team, especially when they’re as good as they are, and have a bright future ahead of them, depending on where they go to highschool of course,” Said Gift.

Jacob Peter is among one of the more active seniors within the wrestling team who’s moving onto college. While he is sad about leaving his Tampa Prep team behind, he is looking towards the future..

“I definitely want to continue doing it, but whether I do it for a college, or a club team is where my decision lies.” Said Peter.

Peter has been a staple for the wrestling program since 2016, starting out in 6th grade with middle school sports, and continuing on into his senior year.

“I’ve had so much fun over the years with the sport, and I’m glad I was able to see it through to the very end.” Said Peter.

The departure of the seniors Peter and Jagger Guillen seems bittersweet for the team.

Gift’s optimism seems to have trickled down to some of the other wrestlers, including Asher Forman as well.

“We’ve had a pretty good year, and I have a feeling that we’re gonna do even better in the future,” said Forman.